Arsenal's Tierney out for a minimal of six weeks

Updated / Wednesday, 7 Apr 2021 14:33 Kieran Tierney could be out for the season Arsenal boss Mikel Arteta has refused to say whether Kieran Tierney will play again this season after he suffered knee ligament damage during Saturday's Premier League defeat to Liverpool. The Scotland full-back limped off before half-time and the club announced… 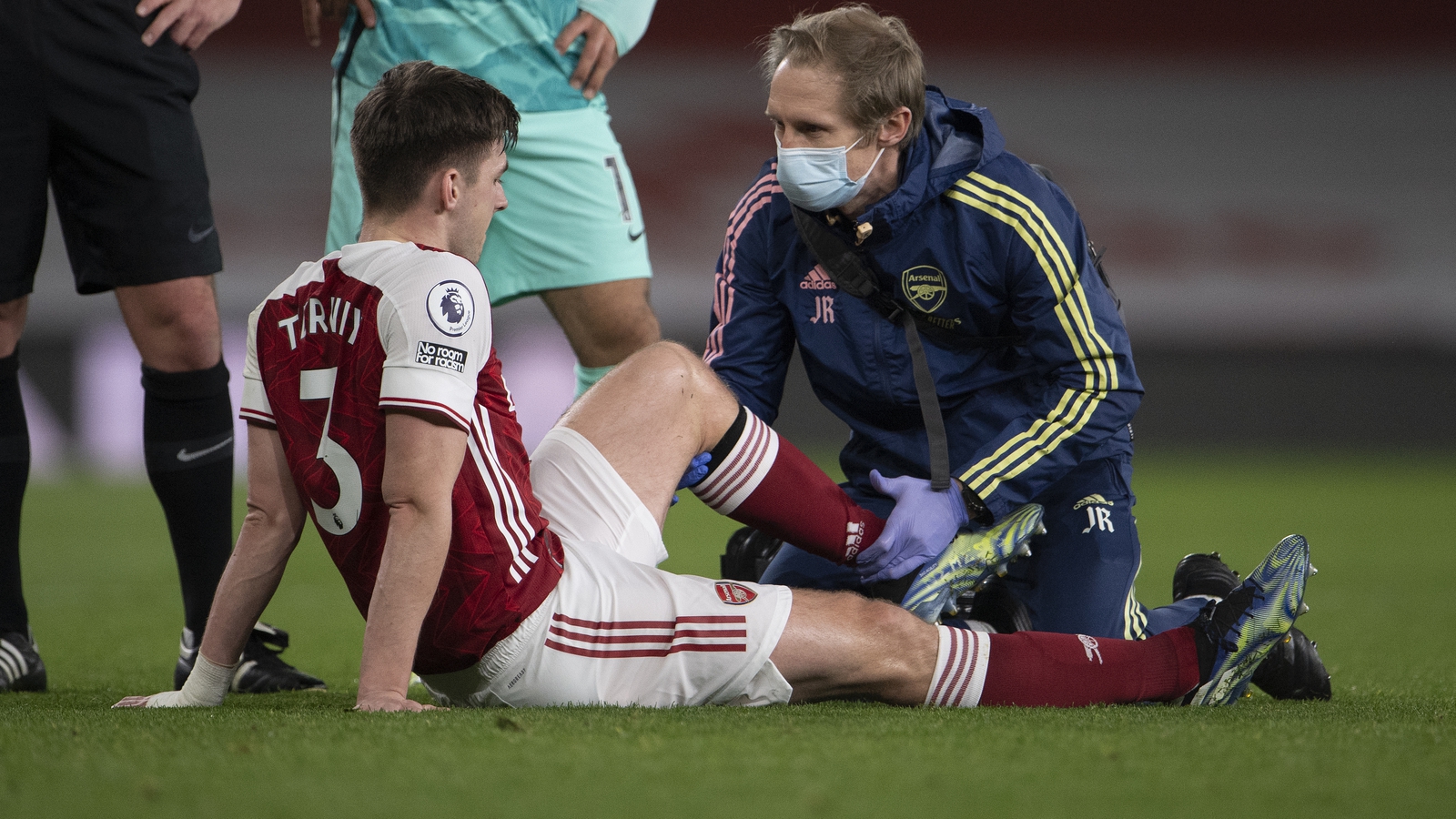 Arsenal boss Mikel Arteta has refused to train whether Kieran Tierney will play again this season after he suffered knee ligament injury all by arrangement of Saturday's Premier League defeat to Liverpool.

The Scotland paunchy-again limped off earlier to half-time and the membership announced on Wednesday that he would possibly perchance perchance be sidelined for as much as six weeks.

But speaking sooner than Thursday's Europa League quarter-final first-leg tie at dwelling to Slavia Prague, Arteta wouldn't be drawn on when he believes Tierney will return.

"Now we must at all times ensure first that he doesn't want any surgical operation, which it doesn't glimpse like," he acknowledged.

"We're going to have to slide each day and view how Kieran is feeling, then when he will get shut to playing time and how he is feeling we are in a position to manufacture that decision."

Asked if he thinks Tierney shall be fit for Scotland at the rearranged European Championship finals, Arteta added: "This would possibly perchance depend how things evolve again within the following few weeks."